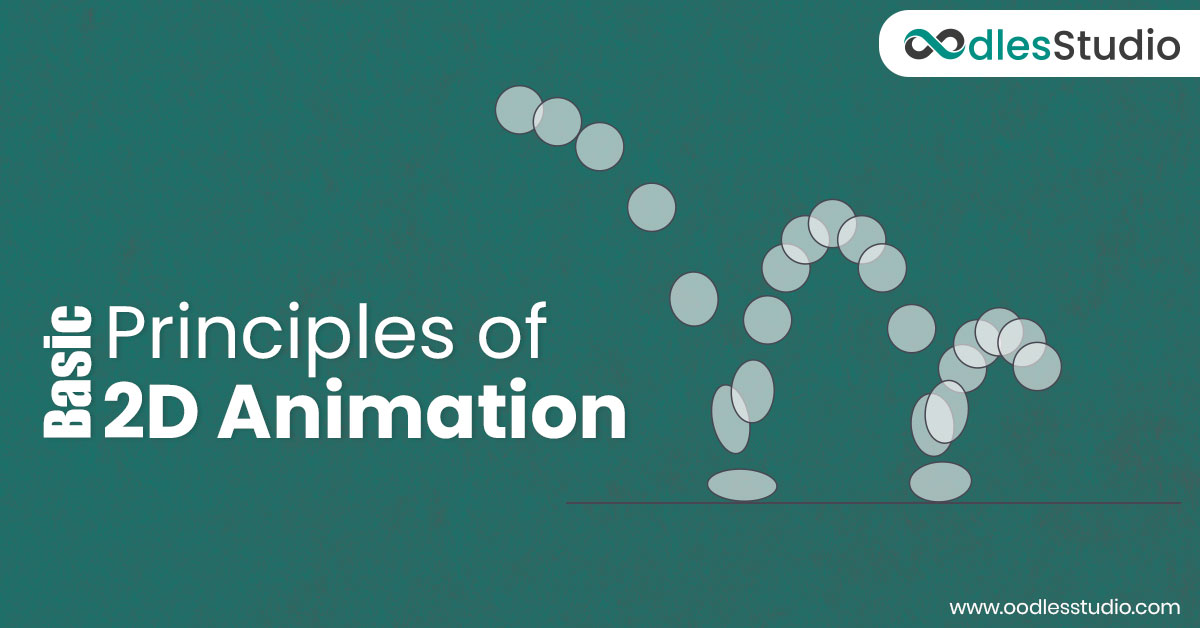 The animation is, at a very basic level, nothing more than a series of images, called frames, fast played along a timeline.

There are 12 basic principles of animation

Squash and stretch is the core of the animation principles. It is what gives some elasticity and flexibility to your animation. When an object strikes the ground, the impact will be really squashed. As it bounces off the ground, it will stretch in the opposite direction.

Anticipation helps to prepare the audience for what’s about to happen. When put in, it has the effect of making the object’s action more real.

When animating a scene, where do you put the camera? Where does the character go? What do you have them do? The combination of all these choices is what we call staging.

Straight ahead action is where we draw each frame of an action one after another as you go along. With pose-to-pose, we draw the extremes – that is, the beginning and end drawings of action – then we go on to the middle frame, and start to fill in the frames in-between.

Read more: Designer must know about the different button for UI Designing

Follow-through is the idea that certain adjunct and body parts might continue to move even after a motion is completed.

Overlapping action is the idea that distinct parts of a body will move at different rates. For example, when you walk, your arms will start to move at a different speed than your head. Both overlapping action and follow-through are ways to provide powerful motion to animation.

When you start your car, you don’t get up to 120 mph right away. It takes a little while to accelerate and reach a steady speed. In animation talk, we would call this an Ease Out.

Likewise, if you brake, you’re not going to come to a full stop right away in your car. You step on the pedal and decelerate over a few seconds until you are at a stand-still. Animators call this an Ease In.

Arcs operate along with a curved path that adds the illusion of life to an animated object in action. Without arcs, your animation would be boring and mechanical.

When you move an object faster or slower than it would naturally move in the real world, the effect won’t be credible. Using the right timing allows you to control the mood and the reaction of your characters and objects.

Too much reality can destroy an animation, making it appear unchanging and boring. Rather, add some exaggeration to your characters and objects to make them more dynamic.

Solid drawing is all about creating that animated forms feel like they’re in three-dimensional space. With Solid drawing, you can draw figures from any side, which will help in animating your drawing.

So those were the 12 principles of animation!  These principles form the foundation of all animation work. Now know the basics to create fundamentally sound animation.

She is an experienced Graphic Designer and hold a Bachelor's Degree in Multimedia and Animation.Since childhood she was always attracted by the creative field which led her to choose it as her career path.